As a friendly reminder classes will be limited to 15 athletes per class. You must register for the class to attend.

Background: This hero workout is dedicated to former-US Army SSG Stephen W. Jackel who took his own life on January 3, 2018, after a long fight with PTSD after an IED explosion severely injured him and took both his legs.

While on convoy in Afghanistan on August 23, 2011, Jackel was injured when an improvised explosive device (IED) exploded underneath his RG31 vehicle. The force of the blast knocked Jackel out. When Jackel came to he realized that he was trapped inside the burning vehicle, along with his team members. While attempting to escape and save the lives of several soldiers, Jackel used his amputated leg to put out the flames around him before finding an exit through the hatch at the top of the vehicle. With the hatch open, he quickly assisted others out of the burning vehicle. The blast left Jackel with severe injuries, including bilateral below the knee amputations and a traumatic brain injury. He also received multiple soft tissue injuries from shrapnel.

As a double amputee combat veteran, he overcame significant adversity. He was a source of resilience and strength within the veteran community and advocated for mental health awareness.

The significance of the rep scheme and movements are:

– 200 Step-Ups represent him learning to walk again with his new prosthetics.

– 150 Ball Slams represent how many times he was knocked down and got back up.

– 100 Push-Ups represent all those who struggle just as Ssg Jackel did, feeling alone, head down, and not knowing if they can continue to push themselves back up.

– 50 Burpees represent the mental toughness our warriors endure, to make it through to the end without giving up, and to come out stronger.

DO MORE. BE MORE. GIVE MORE. LIVE MORE. 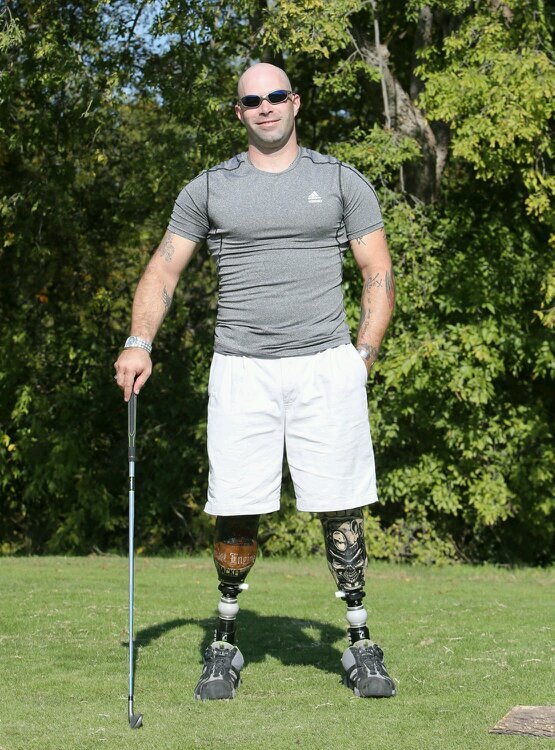